I was curious to see how much I could detect with an off the shelf setup (standard PCIe wifi card with an external 10cm antenna) running in my living room for a week. Here are the numbers so far:

Unfiltered raw log data. Notice the peaks at 8am and 5pm on weekdays. 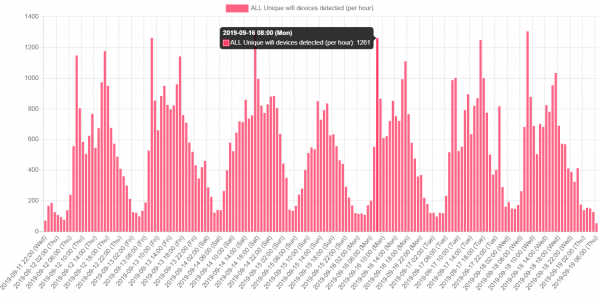 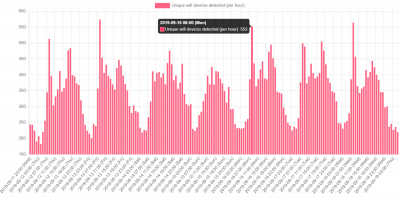 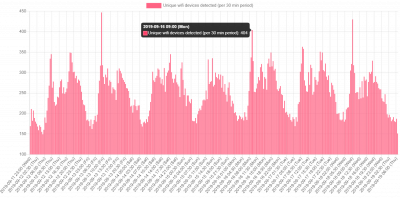 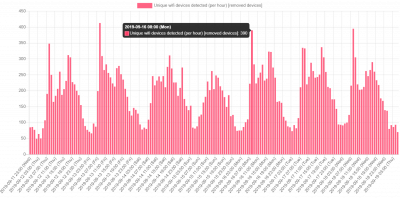 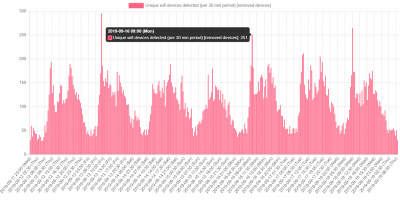 How many MAC addresses were seen in distinct periods (minutes)

Except where otherwise noted, content on this wiki is licensed under the following license: CC Attribution-Share Alike 4.0 International